Hamburg was partying to host the big names in World Cycling at EuroEyes Cyclassics. One of the largest cycling events held in Europe, attended by over 15,000 cyclists competing in the streets of the city at a major bike-loving festival.

At the Northwest Germany and connected to the North Sea by the mouth of the River Elbe, Hamburg is a beautiful harbor city with that typical Germanic land tranquility. By the time I arrived in town, bicycles, luggage, and scooters were already in the great hall of the train station, creating a certain noise and shake, but I realize how nervous I was: Peter Sagan will be in the race!

At last year’s Tour de France, running beside him like a fan in ecstasy across the mountains of France, all torn, bleeding and perhaps wild with excitement, I even compared him to the image of ‘Jesus Christ’ on the bike! But this time I was there to register the race and tried to keep my posture in front of the team bus.

But it didn’t last long! With my Slovakian jersey tucked under my shirt as I did in Maracanã times, walking through Vasco’s cheerleading gate to escape Belini’s push and shove, I was still holding his biography! A Bible would say some, but I wasn’t alone! As I had faithful. There was no way: I was there as a fan and not as a stuntman journalist. But if the experience is to live, let it be unforgettable.

And as Journalism and Cycling are made of stories, walking around the city I come across Daniel Oss! — ‘the grunge professional cyclist’, his friend and most famous domestique. Domestique acts as ‘Scouts’, are there to pedal and protect the team captain. I wonder where he got his excellent social media impersonation of Slovak? But his agent did not like the question and asked me to ask another! Another one?! Damn, I had just this one! I stutter and nothing came out! I apologize and since I had nothing left to lose, I ask for an interview with Peter. ‘I promise to prepare myself better,’ I said.

‘Call me after the race,’ he replied.

But the race was already approaching and Sagan went out from the bus with ‘Sweet Child o’Mine’ playing at full volume from his Bang & Olufsen. Hundreds celebrate it and he says he will autograph and take selfies when he returns. As a child, I get my pampering and try to keep up the pose. He can’t disguise himself …‘What a Fucking Idiot this guy!’, he must have thought.

The temperature rises and the pilots arrive to align. By surprise Marco Haller appears in front of me without me (and him) expecting to see us there! We do not believe it! After all the adventures and craziness of the Giro cover, our unusual encounter made us especially happy. He asks me if I will be at the World Cup in Yorkshire? ‘I’d love it! We will see!’.*

The race confirms Italian Elia Viviani’s third straight win, with Sagan coming in 6th. I take some pictures, take a break and call to the agent…

I told you a little more about my experience in #junimbanaclassica feed on my Twitter account @junimbaand also in this interview for the journalist Leandro Bittar’s at his PodCast Classicômano and you can check out below:

Peter Sagan is a professional sport legend. The Slovak has won the World Championship for 3 years in a row and is the record holder of ‘Green Mesh’ of the Tour de France (7). His results and charisma as an athlete make him one of the most famous and highest paid cyclists in the squad. ‘Why so serious?’ It’s your motto. More at: https://www.petersagan.com/ Twitter: @petosagan

* I would receive some days later my confirmation of the accreditation to go to the World Championship in Yorkshire at the end of September 2019.

Want exclusive cycling material? Contact me at junior@junimba.com.br or on my social networks as @junimba 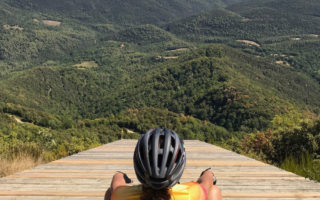 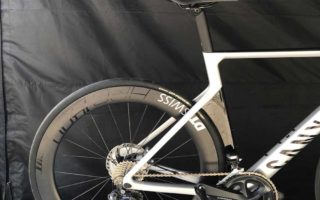 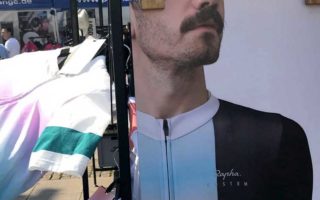 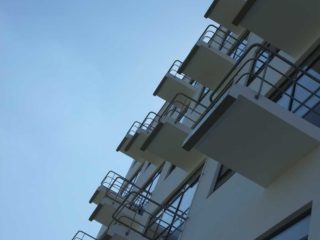 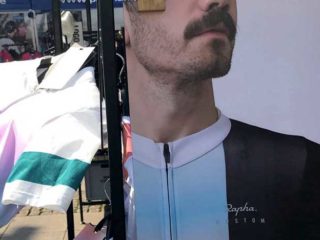