It was the beginning of my second college term and along with other students, we reopened the Student Directory (DCE), closed a few years ago by (re) pressure from the Board. We opened the doors, drafted a statute, registered in a notary’s office and was elected, by indirect vote, the President of the DCE of the largest faculty of ‘Mauricinhos and Patricinhas’ of Ipanema! It seemed to be all I wanted at the time. ‘Mate-Leão’ and ‘Biscoito Globo’ were not missing!

At the DCE’s communication secretary, young Leo Feijó, the future owner of the city’s alternative scene. We decided to edit a student newspaper to serve as a point of communication with the students and inspired by the Aurélio Dictionary, we named it Citadel: a name that is given to “any type of fortress or fortification built in a strategic point of a city for its protection.” It was exactly how we felt there.

We then ran three thousand newspapers in a newsletter in Lapa, but we were only allowed to distribute them outside Campus. The crackdown on student ideas comes from far away in Brazil.

In two days we distributed them all, but what nobody counted was that days later, a huge amount of newspapers, just like the ones we had run, were scattered all over the College! We could barely afford the first issue and now this avalanche of newspapers ?! Like? The layout was the same, the photos were the same, the header identical! But the texts had all been adulterated with offensive, homophobic and racist content as if we were its authors!

It all seemed surreal! I needed to shout about what was going on! And I climbed into a sound car to scream about the absurdity of cloning the newspaper and protest over the abusive increase in tuition. But you know what Ipanema looks like, right ?! The smoke was high and few people there really knew what the bill was printed on the billet. It was not long before I was asked to retire from college by the owner himself, one of the most famous theater in the country, if I didn’t close the Students House! I was sure at that time that he had been the writer and master of this farce, that crime. But I didn’t leave! It was not going out at all! And each semester, a bailiff guaranteed our enrolment. I paid almost all my dues in court and fought to the end! But I still regret not suing that bastard!

But nothing like one day after another… in one of them, I knew something I didn’t even know existed! Where a slight teacher showed pictures of a distant place, a design school in Germany that had revolutionized teaching and design. Your name? Professor Claudio Lamas, for me Walter Gropius himself in the middle of Av. Epitácio Pessoa! Design History classes looked like great mirages projected on the walls. And a whole new universe became part of that world of mine.

Of course he also didn’t miss the opportunity to showcase his favorite Yes album cover design, a band he was a super fan of and show me like that, something I had never heard of before: a Progressive Rock guy .

Yesterday I met the Bauhaus of Dessau in Germany and simply petrified! Like a mirage, I didn’t believe what I saw! I never imagined that one day I would meet her this close. That would be walking through its rooms, its auditorium, its lodgings and its famous balconies.

Looking at that building, I was able to go back to those classes, to that place facing Lagoa Rodrigo de Freitas, where those days of student struggle were in the past, because bigger than that, was remembering everything I learned about design and what he still represents today in my life. It was impossible not to remember the boy who loved to create his work covers and his K7 ribbons! Fascinated by the scent of magical alphabets coming out of acetate blades with each decal, the little newspaper in the three-column diagrammed building, sold and sold for pennies from door to door. From the Play team shield, the all-stick button box and my dad’s clipboard, forever mounted in the middle of the room. And it was also impossible not to think about my masters of design all this time: Claudio Lamas, Bruno Porto, Marcelo Rosauro, Carlos Horcades, Henrique Pires, Billy Bacon, Eliana Formiga, Ricardo Leite and so many others, for so many teachings. My eternal THANK YOU!

The next day, coming back to Berlin, I had my first German class, but I got lost in the subway and arrived 15 minutes late! And I realized that I really still have a lot to learn! That with each new discovery, a new world of knowledge opens, ready to challenge your curiosity. And that your dreams may one day come true.

After all, ‘Only Design Saves!’ — Bruno Porto. 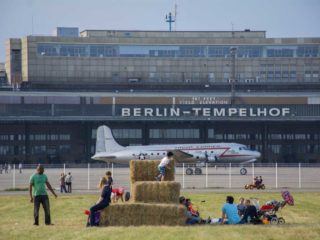 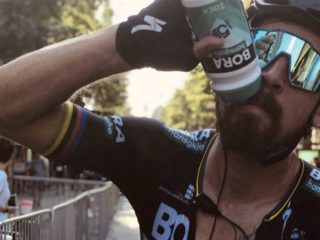 Next Post (n) The Hamburg Classic Race, Peter Sagan and Me